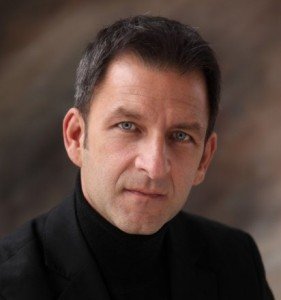 In this week's highly informative and inspiring episode, I interview Dr. Robert Melillo, one of the world’s most sought after and respected experts on neurobehavioral disorders and learning disabilities, to talk about the primary issue that he says is behind many of the neurological disorders including autism and ADHD.

Dr. Melillo has written 5 best-selling books including Disconnected Kids which has been translated into 8 languages.  He also created Brain Balance Achievement Centers which has approximately 150 centers and has helped tens of thousands of families.

He shares his journey of diving deep into research on various neurological conditions when his wife sought his help for a friend who had a child with autism and discovered that his own son had ADHD shortly after.

Not knowing how to help and not finding much help from his colleagues either, he spent 10 years researching to find the answers he was looking for and finally developed a brain balancing program to help the friend's son, his own son, and many other children.

He further explains the functions of the right brain and the left brain and how they develop in our early years and why people with autism typically don’t hear the tone and inflection of voice and have difficulty forming attachment and personal relationships with others and maintaining them.

He goes on to explain what is causing it all and how we can reverse the skyrocketing increase in these conditions.

He talks about his at-home brain balance program, which is offered in his book Disconnected Kids, that can help parents understand what’s happening in their child’s brain and help them do things using different types of stimulation including exercises to get rid of retained primitive reflexes and stimulate one side of the brain or the other as well as incorporating diet and nutrition.

He also shares some inspiring success stories where children had remarkable improvement in their conditions from participating in his program.

He tells parents not to listen to people who tell them there is nothing they can do about their child’s condition. He says that in most cases, the conditions can completely go away or be significantly improved.

He also offers some wise advice to parents on improving and maintaining the well-being of their children.

Finally, he leaves us with this message for parents with adults children with autism, "it's never too late."

We love to hear from you so please leave a comment and let us know how you're enjoying this podcast.